RedBack Lasers 360R 360 multi-line laser level.  Featuring 3 lots of 360-degree lines.  One horizontal for level and two Vertical providing vertical alignment, plumb and 90-degree square.  Ideal tool for all types of interior fit-out and renovation applications.  Powered by a rechargeable battery that can be charged from any standard USB outlet.  Comes in a convenient hard-shell carry case and has a two-year RedBack Lasers warranty. 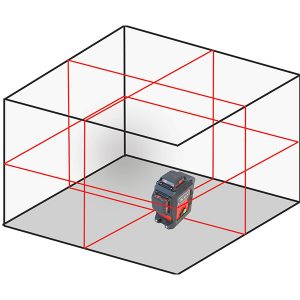 The laser level itself features 3 bright class 3 laser beams for clear visible laser lines even in well lit interior situations.  There is a pendulum lock that ensures maximum protection to the leveling mechanism when the laser is not being used or in transit.  Lines can be selected so only the ones you need can be turned on.  There is a manual mode that enables you to set the laser at any angle for such jobs as balustrades.  The RedBack 360R comes which a magnetic mount plus the ability to attach to either a survey thread or camera thread tripod.  The laser also features pulse mode that enables it to be used outside with an optional electronic receiver such as the RedBack LLR705 HERE. 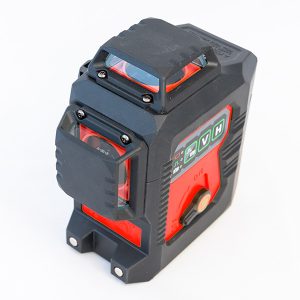 The laser is powered by a rechargeable battery pack that can be charged from any standard USB source and comes with a USB A cable.  The 360R comes in a compact hard shell carry case.